Public Enemy No. 1 is the premiere episode of Survivor: Wild West.

Survivor: Wild West began with the three tribes of Adamana, Cerbat, and La Paz each entering the Mojave Desert on helicopters. They were given their tribes, and sent in different directions, towards their camps. Once they arrived, strategy and drama took-over immediately.

On Cerbat, an alliance was formed between Sean and Ondra. They then approached Natasha, hoping she would be the third person in their alliance. 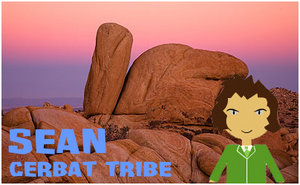 Sean: "Yuck, Cerbat was the only one of the three tribe names I didn't like.. Aw, well. I've already got an alliance in the works with Natasha and Ondra, so hopefully that lasts. I'm gonna go all out, these people have no idea who they're dealing with. I can't wait to see how it plays out, if the opportunity arises for me to make a move I'm taking it. Can't wait to get started! Now I wonder when I can start searching for an idol..."

Natasha, however, was also aligned with Adam. When approached by Ondra and Sean, it was clear that she was willing to play two sides, since she aligned with them easily. 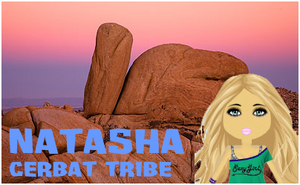 Natasha: "I can’t believe I’m here I’m so excited! I’m literally so pumped! I’m such a HUGE fan of this game and I honestly can’t wait to get dirty and win :). I’ve already started my strategies for this season because my MAIN alliance member is Adam (we’re in another Survivor at the moment and we’re also on the same tribe). He's a great guy, good smile, and we’re loyal to each other 100%. But earlier today(On Day 2) I was approached by Ondra & Sean when I was collecting firewood and they kinda cornered me in saying "Join us or you're gone" and I didn't have much of an option on what to say, because they take up almost half the tribe and they're both strong! So I said yes but I’m not entirely sure if I want to tell Adam about it....but on top of everything,. I've also had some time to spend looking for the idol but I’ve come up short with all the tree stumps and empty logs I've searched...Oh well. Yet I’m still excited to be here and I will find that Idol! xD. But I already know that I’m going to make the merge because I have one thing..............a Backbone.........and Confidence.................so 2 things? XD haha! But I’m going to have to play up the "Dumb Blonde" card so people won’t see me coming and so by the time they're walking out of Tribal with a snuffed torch they can think "What the heck just happened?!?" and I will sit here and giggle and say "Oops!""
***Throughout this confessional; clips of Natasha looking for the idol and giggling were shown***

Adam stuck with his one ally, and meanwhile, Nick seemed to be doing not much of anything. 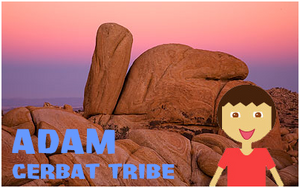 Adam: "Well...I've only really made one ally at the moment....and thats Natasha. She is in two other survivor games with me at the moment..and we both agreed that if we are together by the merge....we stick with each other to the final three!"

Sean: "I'm not really sure of my gameplay moving forward yet... I really want to find and idol, just so I can have a trump card in my back pocket. Natasha and Ondra say they're with me, but it's too early to tell... At least the Duels are in place, so if things go horribly wrong I'll shift gears and just dominate the duels. The beginning is always the hardest; you're setting the foundation for the whole game right now."

*lounging in a slumped over tree*
Natasha: "So today we received tree-mail telling us that we have our first challenge today and I’m a bit anxious of how it will play out, because I’m hoping we do well, but if any of my alliance members don’t do well, then you can bet your mama’s ass that I'll be voting for them! I dont have time for players who don’t show up!!! I’ve spent some time also looking for the idol and I’ve seen many places that I have yet to check that look like the idol could be hiding on but for now Priority Number 1 is to win this challenge!"

Retrieved from "https://kidas-survivor.fandom.com/wiki/Public_Enemy_No._1?oldid=5100"
Community content is available under CC-BY-SA unless otherwise noted.